Another death due to suspected botched-up FP surgery in Telangana 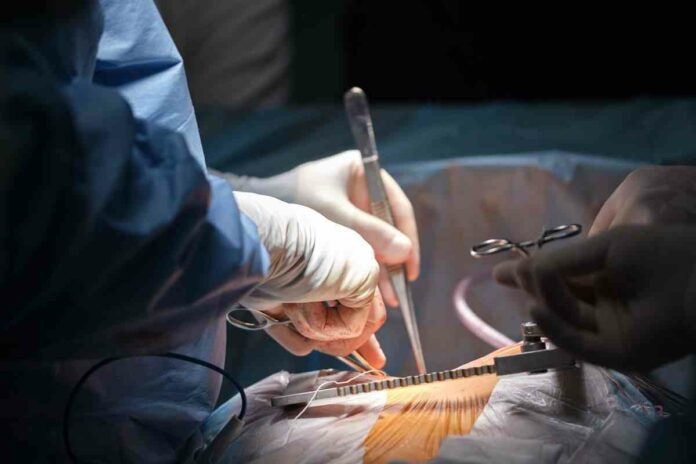 Hyderabad, Sep 8 (IANS) Another woman has died of a suspected botched-up family planning operation in Telangana.

The woman was operated upon in a government-run maternity hospital at Petla Burj in Hyderabad. She was shifted to Osmania General Hospital after she reportedly developed some complication but succumbed while undergoing treatment.

However, the exact reason for the woman’s death was not known. Director of Medical Education Ramesh Reddy rushed to Petla Burj hospital and held a meeting with the superintendent and other officials and doctors.

The officials have not yet come out with any statement on the cause of death.

The incident has been reported close on the heels of the death of four women after undergoing Double Puncture Laparoscopy (DPL) at a family planning surgery camp in Ranga Reddy district.

Thirty other women were treated in hospital for infection.

The women had undergone DPL at the female sterilisation camp conducted on August 25 at the Civil Hospital in Ibrahimpatnam in Ranga Reddy district.

Four complained of acute gastroenteritis and died while undergoing treatment.

The government has suspended the licenses of the doctors who performed the surgery. It has also placed the superintendent of the hospital under lifetime suspension.

The government had also ordered an inquiry by the Director of Public Health Dr G. Srinivasa Rao.

The opposition parties have alleged that attempts to create a record by performing the maximum FP surgeries led to the deaths.